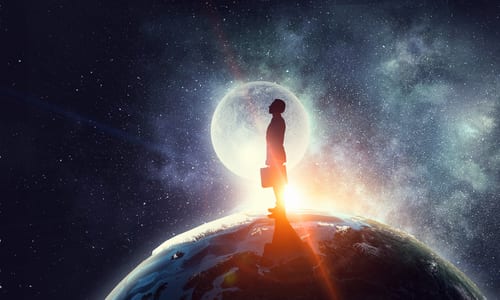 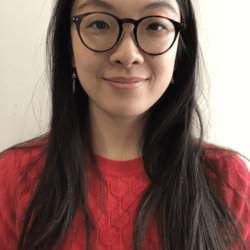 by Nancy Yuk
Co-founder of Greentervention, an association for the green and social transition. 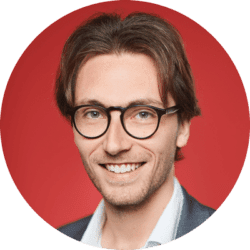 by Michael Vincent
Financial stability expert, President of Greentervention (for the green and social transition)

As the commission has laid out its proposal for an ambitious COVID-19 recovery plan of 750 billion Euro – which rightly prioritises solidarity and action – more than a common debt will be needed to tackle the climate issue. The EU should not, and cannot, afford to forget what Ursula von der Leyen called the EU’s “man on the moon” moment back in December 2019, when the Green New Deal was announced.

Whether or not we can meet the 2030 and 2050 climate targets is decided now. Failure to deliver on long-term perspectives and integrate the climate transition into the COVID-19 recovery plan (which includes social transfers, state aid and loans to enterprises) would both be a political and an economic mistake: it would run against the EU’s international commitments and increase the cost of the transition by postponing necessary sustainable investments. Moreover, at a time of booming unemployment, the green transition is a unique opportunity to provide lasting, future-oriented jobs, especially for the young generation. Let’s also remember that old, so-called “normal” recipes such as rigid fiscal rules and overreliance on markets from the last decade, prevented us from financing the solutions to tackle the health and economic crisis, and climate change.

Firstly, the top priority of public finance, over the next decade and beyond, shall be investing in our environment to fill the gaps accumulated since the 2008 financial crisis.

If we go back in time, the last decade was the story of missed opportunities, as we did not embrace the necessary reforms in order to prepare for the challenges of tomorrow, which are all interconnected. On the European fiscal rules front, a profound overhaul of the fiscal golden rule to support public investment in green transition will be necessary. Although the budgetary discipline is temporarily suspended with the COVID-19, the current rules were already found lacking well before this crisis. They amplify under-investment in the Eurozone, by forcing expenditure reductions without promoting needed public investments, replacement and maintenance of infrastructures. The collapse of the Morandi bridge in Genua, the poor quality of the German railways and now the extreme pressure on EU national health systems all exemplify the lack of much-needed long-term investments.

Public expenditures will also have a high social and ecological payoff: not to finance them at a time of historically low interest rates was and would be foolish, as a substantial and lasting increase of public resources is needed, while we are already lagging behind. A massive public and private financial impulse is required for every corner of the Union to insulate buildings, build up infrastructures and e-mobility, make full use of the potential of renewable energies, help farmers embrace the organic revolution and retrain workers who would lose their “brown” jobs…

While all Member States have to urgently address the challenges of climate change, each should have the same level of financial means to meet this collective goal. However, the Corona crisis shows that this is not true: Germany announced an exceptional Corona public expenditures plan of 156 billion Euro and a liquidity support plan to businesses of 757 billion Euro; Spanish plans amounted to respectively 35 billion Euro and 125 billion Euro…

The need for solidarity and a European Recovery Fund to revive the European economy in the short-term quickly became evident. Nevertheless, as divergences among Member States will tend to increase, turning this short-term fund into a long-term Recovery and Transition Fund will soon become vital so that countries progress towards the climate objectives at the required speed. The 750 billion Euro “Next Generation EU” plan is an interesting step that might push a shift on the conduct of fiscal policies required to fight climate change, but it still has to be approved by the EU Member States, particularly the self-branded frugal four (Austria, Denmark, Sweden and the Netherlands) which already expressed their disagreement, but what is currently on the table would not even be enough.

Secondly, we cannot rely on market mechanisms alone. Higher fuel prices are certainly part of the solution, although they would still be well below the requirements of the Paris Agreement objectives, as the OECD recently showed. But experiences such as the Yellow Vest movement in France also show that social and political acceptance is not guaranteed, in particular if people feel such increases as unfair, while policies strengthening social and political cohesion are lacking.

Proactive, forward-looking policies combining various instruments are needed. For example, a long-term program to insulate residential buildings will require broad communication to explain the purpose and the means. It should come with minimum standards, training for the workforce and supervising administration and subsidies. Cities will have to decide about the adequate mix of public transports, cycle lanes and individual electric cars. State aids – e.g. to the aircraft or car industries – should be conditioned to astrict commitment to the reduction of the carbon footprint. To be effective, similar conditions should be imposed to all companies and agreed at the European level.It is indeed senseless to impose binding environmental conditions to Air France or Lufthansa, or force them to abandon some domestic airlines, just to clear the way for Easyjet to take them over.

“Appropriate governance at every level to steer financial flows matters”

Likewise, technocratic initiatives to guide investors are no silver bullet: the “Green taxonomy” – a classification of assets regarding their positive impacts on the climate and the environment – has first to come with a “brown taxonomy”, as the transition is not only about topping up brown with green, but also divesting from polluting energies. Such tool is also subject to intense lobbying. It might promote greenwashing and disincentive risk-taking and innovation, as investors would limit themselves to solutions that have already “passed the test”.

Lastly, appropriate governance at every level to steer financial flows matters. The centrally driven European effort must be supplemented with a bottom-upnetwork of public and private, local and national stakeholders to stick to the needs of the citizens. This could take the form of multi-level stakeholders (national promotional banks, citizen assemblies, regional elected representatives…) under the aegis of a European investment bank for the climate. Those with knowledge of the local context and requirements should be fully involved in decision-making and enforcement. Because of uncertainties surrounding the transition process– for instance, low oil prices in the COVID-19 context could strengthen markets’ addiction to fossil energies – this involvement is a pre-requisite for making policies acceptable and adaptive to unexpected and local circumstances.

Day after day, the COVID-19 crisis exposes the huge costs of weak public policies and services as well as the lack of cooperation, coordination, and solidarity. There is still time to mitigate the coming climate change crisis by putting those goals and principles at the centre of our efforts and avoid, as former EU Commission president Jacques Delors recently said, the “mortal danger” of division. Loosening budget constraints to include investments for the future, a long-term public strategy and not only “laissez-faire”, with the adequate governance, focused on projects for the citizens are not only key, our very survival depends on it.