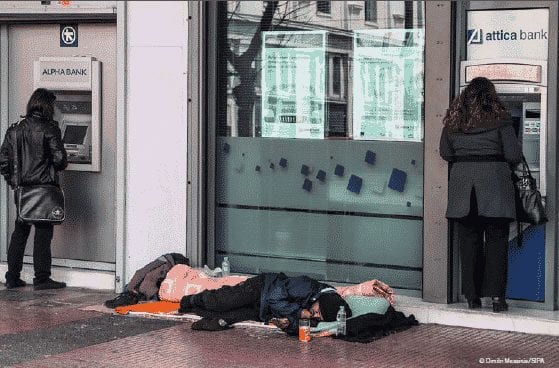 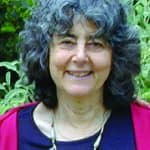 People can be grouped in many ways and most people are members of multiple groups, or have multiple identities. The first question that needs to be decided in defining horizontal inequalities is that of the group categorization to be adopted. If they are meaningful, it is because the groups in question are meaningful to their members and to others. Hence the appropriate categorization varies with the society in question and the particular issue being addressed. Age, gender, race, ethnicity, religion, and location all form the basis of significant identity distinctions, and inequalities among groups classified along any of these lines can be an important source of injustice, inefficiency, and political mobilization. For example, race was and remains an overriding source of injustice in South Africa and in the United States, as elsewhere. Ethnicity forms a major influence over politics and governance in many African countries, sometimes constituting a critical dimension of violent conflicts, with the Rwandan genocide being a graphic and extreme example. In contemporary Europe, and indeed much of the world, religion is becoming an increasingly important source of difference (especially between Muslims and others), while historically the Catholic/Protestant distinction formed a major source of political fissure (and still does in Northern Ireland, for example). Age and gender are a different type of categorization, cross-cutting those mentioned above. Horizontal inequalities along these lines can be a huge source of injustice. Where there are sharp and simultaneous group HIs in terms of a number of categories – e.g. ethnicity, gender and age – it is possible to identify intersecting inequalities (Kimberle 1989) (Kabeer 2010) suffered by people, who are in the poorest category in each group and therefore particularly deprived. Examples are indigenous women in Bolivia and older Roma women in Europe (Barrón Ayllón 2005, Milcher 2010).

In general, horizontal inequalities are a source of injustice. There can be no justice in people being treated differently according to their race, ethnicity, religion or gender. For the most part, people are born into certain groups, and despite some flexibility (e.g. they may change their religion or even their gender), this membership typically is not within their control. Consequently, inequality between large groups is not due to individual choices or efforts, which might justify such inequality, but due to what Barros, Ferreira and others have called ‘morally irrelevant pre-determined circumstances’ (Paes de Barros, Ferreira et al. 2009). Injustice arising from HIs is not only (or most importantly) a matter of income, but includes inequalities in an array of economic elements, such as land, financial assets, employment, skills, position in the management hierarchy and so on; inequalities in social access – access to health and education services, and social capital form another dimension; political inequalities are equally significant, encompassing power at many levels, from president or prime minister and cabinet composition, to bureaucratic and military hierarchies; finally, inequalities in cultural recognition can be a powerful source of unhappiness and grievance – here it is a matter of the recognition and respect for a group’s culture, religion, language, and customs.

There are many causal connections among these inequalities, such that doing less well in one aspect leads to worse performance in others and this feeds back in a cumulative cycle of advantage or disadvantage. For example, lack of income is associated with lower educational achievement, which in turn leads to worse employment and incomes in the next generation, while a group with low education and incomes will have weaker social capital than a richer group; political and cultural inequalities both reinforce and are reinforced by these factors. Equally, better off groups tend to be advantaged from many perspectives – income, education, health, social connections, political power and influence – all of which serve to reinforce one another and to enhance the overall advantages of the group. These reinforcing elements make it particularly difficult to counter many horizontal inequalities.

A SOURCE OF VIOLENCE

Aside from the sheer injustice of group inequalities, HIs have been shown to be associated with a higher risk of violent conflict, in contrast to VIs where no such association has been identified (Stewart 2008, Cederman, Weidmann et al. 2011). When a group faces severe deprivation relative to other groups in social and economic dimensions, there is a strong motive to support political leaders representing the group. If such socio-economic inequalities are accompanied by political exclusion, then group leaders may emerge to confront those in power with violence. Many cases can be cited from around the world, including Nepal, Indonesia, India, Guatemala, South Africa and others. Contemporary events in Nigeria and the Middle East can be largely attributed to horizontal inequalities in socio-economic and/or political dimensions. Econometric and case study evidence firmly establishes that severe HIs raise the risk of violent conflict.

The recent history of Ivory Coast provides an example. The North of the country has long suffered severe economic and social deprivation, but under Félix Houphouët-Boigny, Northern politicians were given political positions and attempts were made to develop the north economically. After his death, however, the prominent Northern leader – Alassane Ouattara – was debarred from standing for the presidency and many northern citizens were disenfranchised. A violent rebellion ensued, with the leaders pointing to socio-economic and cultural discrimination in the Charte du Nord, to gain support (Langer 2005).

The ‘troubles’ in Northern Ireland are a European illustration not only of how sharp horizontal inequalities can lead to social instability, but also of how conflict may end as a result of policies to reduce them. Persistent inequalities between Protestants and Catholics occurred across all dimensions – economic, social, political and cultural – first in Ireland as a whole dating back to the 17th century, and then in Northern Ireland after Ireland gained independence. In the absence of any political redress, violent protests erupted in Northern Ireland in the late 1960s, brought to an end with the Good Friday Agreement in 1998. Underlying the peace was a large reduction in HIs, which occurred as a result of well-enforced anti-discrimination policy, supported by the EU and the British, including the government’s refusal to allocate contracts to firms where discrimination was evident. Education and housing policy also reduced the gaps between the communities markedly. At the same time, the peace agreement ensured political inclusion.

Apart from Northern Ireland, horizontal inequalities are clearly widely relevant in Europe today. Their injustice is apparent from the treatment of Roma, for example, who are discriminated against in almost every dimension, not only economic and political but to the extent of having many of their children certified as being mentally handicapped and sent to special schools in disproportionate numbers (UNDP 2003, Milcher 2010). While the Roma people are too impoverished and too dispersed to mount a serious violent attack on the state, the situation of Muslims in Europe, and elsewhere, represents a threat that is already being realised in many parts of the world; as a group Muslims are marginalised in many respects, from the relative weakness of their economic position to the poor cultural respect they receive. For example, Muslims in France, Germany, the Netherlands and United Kingdom are concentrated in the worst neighbourhoods, suffer discrimination in employment and have worse education and incomes than their non-Muslim contemporaries. A Muslim girl of nine told the United Kingdom’s Equality Commission: “I’m getting bullied at school. People in the neighbourhood are calling my family ‘terrorists’ and say, ‘Go back to your own country.’ I’m worried they’ll start saying these things at school. Muslim boys are getting beaten up at school.”

Moreover, the strong links among Muslims across countries mean that deprivations in one place may mobilise people in other countries, as we are seeing in the recruitment for ISIS. As one British Muslim said: “It is all one and the same: the struggle in Afghanistan and Iraq and even Britain, it’s all connected.” (Abbas 2007). Overcoming such HIs in every country where they are prevalent is an essential aspect of improving Muslim relationships with the non-Muslim world (Stewart 2009).

The current divisions in Ukraine are, also, in part due to horizontal inequalities between people of Russian origin (around 17% of the total) and those of Ukrainian origin who form a substantial majority. Since 1989, socio-economic HIs have broadly favoured the Ukrainian origin population and regions (UNDP 2003), but for quite a time there was political inclusion with Yanukovich, partly of Russian origin, being Prime Minister and later President. In a similar way to Ivory Coast, political exclusion of Russian speakers, with the ousting of Yanukovich, was the trigger for the take-over of Crimea and violence in Russian-speaking Eastern Ukraine, with the apparent support of Russia. The Ukrainian situation illustrates two important points: first, it is not always the deprived who initiate political action – in this case it was the more privileged Ukrainian group – leading to a reaction from the deprived group; and secondly, the situation is invariably more complex than a simple equation of large horizontal inequalities and violence allows. Yet it is the underlying HIs which give strong potential for violence, though particular events, including geopolitics may provide the trigger.

There are other significant HIs in Europe: for example, black populations in United Kingdom suffer from a set of discriminatory circumstances, including, like in the United States, in their treatment by the police – the Equality and Human Rights Commission reported that blacks were 28 times more likely to be stopped and searched by the police between 2008 and 2011 (Guardian 12 June 2012). This situation was partly responsible for the London riots of 2011. Moreover, gender inequalities, though improving, are still pervasive.

Given the injustice of horizontal inequalities and the risk they pose for social stability, policy to counter them is of the highest priority, and anti-discrimination law are a first step. But by itself it is insufficient, because generations of inequality means that members of poorer groups are often unable to compete with people from more privileged groups. Comprehensive action is also needed to improve the education, health and housing of the more deprived groups. More difficult, but of at least equal importance, is the need to ensure equality of respect for people of different cultures, and to ensure that they are well represented politically. European countries need to monitor significant horizontal inequalities carefully and consistently across all dimensions, and take the appropriate action in order to secure just and stable societies.