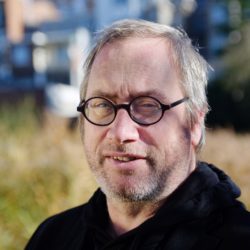 With house prices rising worldwide, international investors and speculators are turning their eyes to housing as an object of investment. What if we tackled this problem at its root through a fairer ownership system? Globally, in many places, such a system is already being implemented by Community Land Trusts.

Jean-Jacques Rousseau wrote that the first man who fenced off a piece of land and said “this is mine,” and found people naive enough to believe this, was responsible for a great deal of suffering and injustice. Whether you agree with Rousseau or not, his statement shows that land ownership as we know it today is not a law of nature, but a system invented by humans. It is therefore perfectly possible for us to modify it.

The financialisation of housing – the phenomenon of large financial organisations buying up housing as investment objects – is causing prices to rise in cities worldwide, thereby jeopardising the right to housing. In many places, the housing market is no longer accessible to the poor and large sections of the middle class, and they have to leave their cities or cut back on other expenses to pay their rent. Homelessness is increasing everywhere.

Of course, it is not primarily the bricks that are increasing in value. It is the land under the houses that is becoming more expensive. The world has become one giant monopoly board, where those who already possess can get more, and those who own little lose even more.

In the early 1970s, people from the black civil rights movement in the US began to think about a new model to ensure poor black communities in the South had control over land on which they could live and farm. They were looking for a system that could guarantee lasting affordability for the lowest-income people. From this aspiration, the first Community Land Trust (CLT) grew – New Communities Inc., in Atlanta, Georgia. Around ten years later, Bernie Sanders, then mayor of Burlington in Vermont, was the first to apply the CLT model as part of an urban housing policy and to invest public funds in it. Since then, that CLT in Burlington, the Champlain Housing Trust, has become one of the most successful CLTs in the world. Today, hundreds of CLTs are active in the US, and the model has also been successfully used in the United Kingdom. Additionally, it has been increasingly developed in continental Europe over, approximately, the last ten years.

Community Land Trusts are non-profit organisations whose primary mission is to take land out of the market and manage it for the benefit of the community. They engage in community-led development on community-owned land. Although there are differences between CLTs, most will have some essential characteristics in common. They are community-controlled organisations, run by residents together with other community and government representatives. This provides the basis for balanced governance that respects the interests of the residents and the wider community. CLTs buy land or buildings (often with the help of government subsidies) and commit to never selling them. They develop housing and other facilities on that land that the community needs. The ownership of these homes and other buildings is separated from the ownership of the land through long-term lease contracts. The buildings become the property of the individual residents or of other non-profit organisations or cooperatives. Because the land does not have to be paid for, the building becomes affordable for the buyers. In exchange, they undertake not to sell the building for profit. In this way, the homes remain affordable, also for the subsequent buyers, without the need for a new government intervention. This CLT system guarantees the permanent affordability of houses. At the same time, it offers owners a chance to build equity because they get back everything they have invested when they sell.

The system has been proven to work. The CLT in Burlington, for example, was able to demonstrate that the homes on its land became more and more affordable over the years, sale after sale, while the families who sold their homes still had the opportunity to build up capital. Other CLTs, such as the Dudley Street Neighbourhood Initiative in Boston, demonstrate convincingly how community ownership of land can strengthen the local community and provide a buffer against gentrification. In Belgium, we are showing with the Community Land Trust Brussels (CLTB) that this CLT approach can produce affordable housing for low-income families, and strengthen the social fabric in ‘difficult’ neighbourhoods.

Despite the growth of CLTs in recent years and the increasing interest in them from academia and policymakers, Community Land Trusts remain a small player for the time being. However, they have the potential to occupy ever larger parts of the housing market and to ensure that different laws apply there – laws that focus on the right to housing rather than on the profit of investors. Local authorities can play a significant role in making this happen: they can make land and funding available. They can give communities a pre-emptive right when certain land or premises come up for sale, as is the case in Scotland. Community Land Trusts are also the ideal model for developing new, sustainable, and circular neighbourhoods.

Furthermore, they can be used as an ownership model to renovate or transform existing buildings. Tax incentives, currently used in an unfocused way to facilitate homeownership, can be geared towards models that ensure permanent affordability. Legal barriers can be removed by officially recognising the model, as the Brussels Region has just done. On a European level, there is also much that can be done. Facilitating access to European investment funds is only one of the measures proposed by the EU-funded CLT collaboration Sustainable Housing for Inclusive and Cohesive Cities (SHICC).

The housing crisis is becoming ever more severe. To fight it, the rules of the game will need to be changed – and Community Land Trusts have the potential to make a significant contribution to this.

The EU must deliver on housing now, by Michaela Kauer
Fighting homelessness through the Finnish Housing First model, by Eveliina Heinäluoma