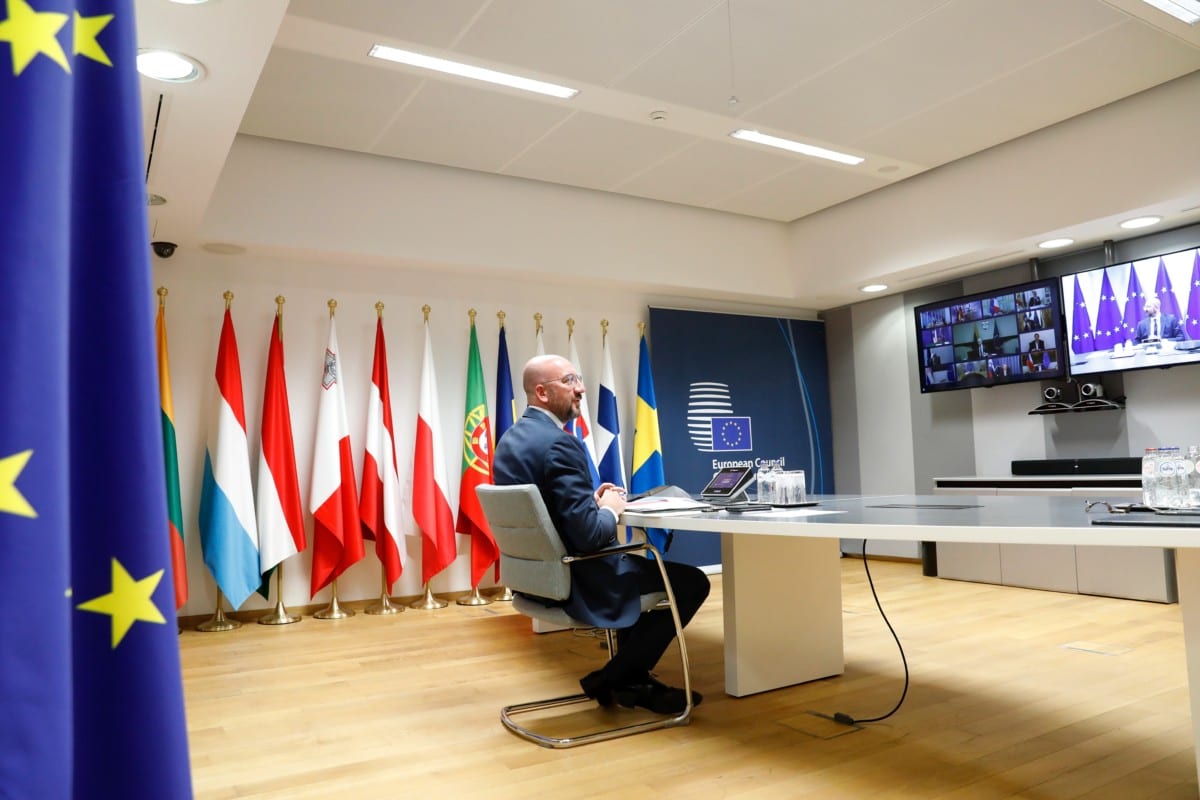 President Macron was correct when he hailed the recent meeting of the European Council as a “moment of truth”. There are essentially two truths that were revealed by this meeting, two truths which are likely to shape the way the EU and its monetary union will be going forward.

The first is that European leaders could not agree to a simple commitment to “share some of the fiscal burden of this crisis”. They have essentially passed the responsibility to figure out how to mutualise and monetise the cost of this crisis to the European Commission and to the European Central Bank (ECB) without much political guidance or support.

The second is that they are collectively paving the ground for the continuation of the destructive monetary integration process where transfers and solidarity within the European Monetary Union take place for the most part via loans, and against conditionality.

“It has to be clear that without mutualisation and then monetisation of the cost of this crisis, the debt burden that we will inherit from the COVID-19 crisis (in excess of 20% of GDP) will tie many economies down to fiscal consolidation for an entire generation.”

These two developments are profoundly disheartening for Progressives and should be opposed relentlessly. On March 25th, nine European Heads of States and Government (Belgium, France, Italy, Luxembourg, Spain, Portugal, Greece, Slovenia and Ireland) wrote to the President of the European Council calling for a common response, backed by common borrowing. But little progress has been made since. It has to be clear that without mutualisation and then monetisation of the cost of this crisis, the debt burden that we will inherit from the COVID-19 crisis (in excess of 20% of GDP) will tie many economies down to fiscal consolidation for an entire generation.

Indeed, there are only three ways to address such large debt stocks with a weak economy: the first is to monetise it and to finance it via permanent money creation and inflation – this is essentially how Europe and the US financed the war and reconstruction efforts of World War II; the second is to pay it down through spending cuts and higher taxes – a prospect that for certain countries would imply decades of austerity with inevitable cuts in social services and public investment; and the last way, usually reserved to developing countries that cannot afford monetisation because of the weakness of their domestic currency and risk of hyperinflation, is debt default and restructuring, which are usually socially and politically destructive as well as humiliating. In the Euro Area, the corona crisis will accelerate and deepen economic divergence between countries and raise profound questions about the sustainability of the single currency if there is no agreement to mutualise and monetise its cost.

“the European Stability Mechanism is an absolutely inadequate instrument to respond to the current crisis, even with light conditionality”

Despite the bold and innovative push by the Spanish Prime Minister Pedro Sanchez and his government for a common, and perpetual bond issuance programme backed by the EU budget, for the moment, the European consensus seems to rely on using the existing instruments to provide loans to Member States in need. This rejection boils down to a fundamental rejection of budgetary transfers but there is little realisation that by agreeing to use the European Stability Mechanism (ESM), the Eurogroup and the European Council started a political and financial time-bomb. It is rooted in a profound misunderstanding of the crisis we are facing. Member States do not need to lower the financing cost. This is not a liquidity crisis. It is a solvency crisis where Member States need transfers and an elegant form of debt cancellation. This is why the ESM is an absolutely inadequate instrument to respond to the current crisis, even with light conditionality.

“What the Euro Area needs in reality is not more loans to Member States via the ESM or the EU budget, but a strong central bank that can keep borrowing costs limited together with a strong political agreement to mutualise the cost of this crisis.”

In addition, the idea of using the ESM in order to enable the use of the Outright Markets Transaction (OMT) by the ECB weakens the hand of the ECB and its ongoing Public Sector Purchase Programme (PSPP) and Pandemic Emergency Purchase Programme (PEPP) programmes. What the Euro Area needs in reality is not more loans to Member States via the ESM or the EU budget, but a strong central bank that can keep borrowing costs limited together with a strong political agreement to mutualise the cost of this crisis.

As with every crisis so far, today the EU is rewriting the foundational agreement that underpins the monetary union since the Maastricht Treaty. During the euro crisis (2010-2), the new settlement augmented the Maastricht architecture with some further financial integration in the form of the banking union as well as moderate and conditional financial assistance with the creation of the ESM. The latter was made possible by a limited and targeted EU Treaty change, introducing Art. 136. The settlement was economically insufficient and politically destructive. The EMU needs to expand considerably its ability to deliver stabilisation and transfers. However, this cannot be achieved without substantial political changes. European Socialists remain divided on this very issue and without a consensus on the left, a breakthrough is unlikely.

So far, financial solidarity within the EMU has always come with strong conditionality and a hollowing out of national democracies. This is unsustainable, dangerous and incompatible with progressive values. Furthermore, fiscal transfers and mutualisation can only be agreed and sustained if they are rooted in a new form of European fiscal federalism where the EMU is endowed with taxing, borrowing and spending power under the legitimate and democratic control of the European Parliament. This will undoubtedly require profound reforms of our treaties but this is the level of ambition we should have. Because the single currency will not survive without it.