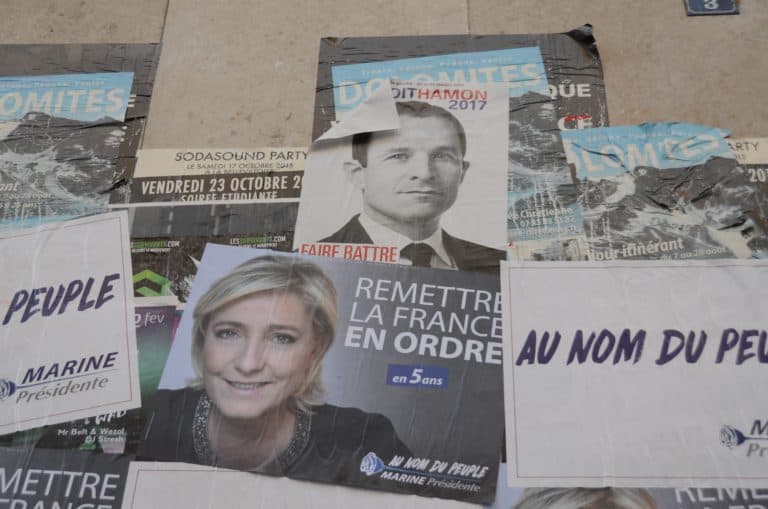 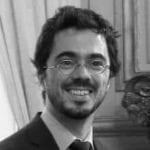 by Adrien Abecassis
Diplomat and expert

This presidential campaign has been marked by an unprecedented amount of voter volatility. As a result, no one can predict the outcome at this stage. That being said, there is a method that can be utilised to better reflect the fluctuating voter intentions whilst analysing the all-important dynamics: the so-called “voting probabilities.” There are nine constituencies within this presidential election each with their very own voting patterns: five appear to be closely aligned with a single candidate whilst the other four remain undecided.

In this campaign, people consider that the voter intentions poll is the key marker for success. Voters continue to struggle and cannot decide which candidate to vote for: the present situation also offers them no help at all.

No one can predict the outcome of the campaign at this stage. That being said there is a method that can be utilised to better reflect the fluctuating voter intentions whilst analysing the all-important dynamics: the so-called “voting probabilities.” (cf. Table below). This method can be utilised to identify whether the candidate in question has a relatively strong voter base or whether they may be able to rely on a number of shifting voters, that is to say, voters who are torn between several candidates. It is the voters who can easily switch from one candidate to another, that may help us explain why there is such volatility in this election.

What have we noticed? That the electorate can be grouped into nine groups each with their own voting behaviour. Five voter groups appear to be firmly aligned behind one specific candidate (electoral bases, that is to say the public have expressed a strong indication that they will vote for that candidate and are unlikely to vote for any of the other candidates). The other four groups are undecided.

The first surprise of the election: with the exception of the electoral heartland of Marine Le Pen, all other constituencies are weak to varying degrees.

Jean-Luc Mélenchon and Benoît Hamon may not even be able to rely on 10% of their respective voter bases – though the polls have been relatively steady for each respectively. At the other end of the spectrum, Marine Le Pen has a secure voter core of 19% which she can rely upon on election day. As referred to earlier, this is the most solid voter base and does react to measures and policy decisions. This in itself says a lot about the prevailing trends of this election campaign and many consider that Marine Le Pen will almost certainly progress to the second round.

Between the two aforementioned candidates we find the voter bases of Emmanuel Macron and François Fillon which may intersect. Indeed Emmanuel Macron’s voter base continues to progress from strength to strength as support for him gains momentum. 11% in January, 13% in February (after the withdrawal of François Bayrou), 16% today. His continued support has stepped far beyond the realms of a mere “bubble” that some originally claimed.

Contrastingly, it appears that François Fillon’s voter base is crumbling albeit very slowly: it rose to 14% before falling in the aftermath of the Canard enchaîné scandal to 13% in February and today it has reached 11%. 11% of the eligible voters which is almost 5 million people: it would be sufficient to explain the affluence at Trocadero, and to fill up places, if necessary.

Alain Juppé though would also face a challenge with a voter base only marginally higher: 14% of voters. And in this hypothetical scenario, a group of right-wing voters of considerable weight, which were initially hesitant to vote and caught between the Republican candidate and the National Front candidate – would move towards Marine Le Pen which would validate fears held by theorists that this scenario would unfold if François Fillon is replaced by Alain Juppé, and conversely they also acknowledge that the positioning of François Fillon, despite its admitted fragility does allow for a clearer demarcation of constituencies between the right and extreme right.

The other lesson that can be drawn from this scenario is that nearly 40% of all voters are still undecided and have not chosen their candidate. But crucially they are not undecided about the same candidates.

For example, there is a group that represents 8% of the electorate who are swinging between Francois Fillon and Emmanuel Macron. When asked why they are undecided they confirm they could vote as much for one as for the other (but for no other candidate than these two), with no real preference for one or the other. One could in theory refer to these voters as “centrists.” Those who are easily moved by revelation and news are fundamentally the most unreliable part of François Fillon’s voter base as it will be those voters who, when rocked by another revelation, will move towards Emmanuel Macron.

Another group consists of undecided voters on the left side of the political spectrum. Within this group are those who analysts consider could equally vote for Jean-Luc Mélenchon, Benoît Hamon or Emmanuel Macron (depending on who they identify with the most, and this is an important lesson) as they have no interest in voting for any other candidates. These can be voters from the “left of Macron through to Mélenchon” as some strategists have dreamt of this left-wing primary, and now have evidence these voters do exist. Significantly when grouped together this would amount to 8% of all voters.

A third group of voters exist which review all candidates equally. They are in some ways the “true undecided” voters (also 8% of the vote). This encompasses members of the public who know they will vote but do not know for whom at the time of the poll, and there is a strong but equal chance they could vote for any of the candidates. This being said, they do seem slightly more attracted to Marine Le Pen and Emmanuel Macron than the other candidates. Either of the two candidates based on an “anti-system”message according to their positioning, which speaks volumes, again, for the dynamics which weigh upon this election.

Finally, there are 10% of the voters who are considered “disaffiliated” and have a reported probability of voting of almost zero irrespective of the candidate: these individuals will take refuge in abstaining.

This analysis has provided some insight. First let us speak about marginal seats. If we group together all of the “hesitant” voters, from the left and right including those reluctant to decide at this time the number of voters is a third of the voting population; this means a third of people today may be unsure on who to vote for between two candidates but it also includes those who could continue to shift from one to another until election day. And so this election is at their mercy. This election may well signal the trend for future voting patterns and although both candidates seem to stand out as those who should progress to the second round, we may yet be surprised on the day.

Now on to strategy. The “electoral heartlands” of each respective candidate, with the exception of Marine Le Pen, are quite low and in any event the support is currently insufficient to ensure qualification to the next round. Nothing has been secured so far and significant fluctuations in voter behaviour are still possible. This also means that in tactical terms a candidate that refocuses or targets their ‘heartland’ will only achieve a small gain… But it seems equally adventurous to attempt to “bite” on the electoral heartland of a neighbouring territory which is firmly attached to another candidate and attempt to dislodge their voter “base”. The latter will of course be very difficult.

The key to success in this election lies with the large number of undecided voters. The candidates must try to persuade them to shift towards them or face the consequences. Where the undecided voters go, the victory will follow.

Finally, the dynamics of this election. A reflex vote should not be underestimated as the deadline approaches. Hesitant voters poised between François Fillon and Emmanuel Macron could opt to vote for the one they felt would have the best chance of qualifying for the next round or winning against Marine Le Pen; or alternatively the undecided voters on the left will ultimately focus on the one who will best represent their interests in the second round – unless it poses a risk that the National Front may ultimately succeed…

It is difficult to see how Emmanuel Macron could lose on the basis of the above scenario as he is the only candidate capable of satisfying a broad number of undecided voters. Provided, of course, that these voters can be brought together towards a common goal for the good of the country and without blurring their positioning and beliefs, but that is another question.