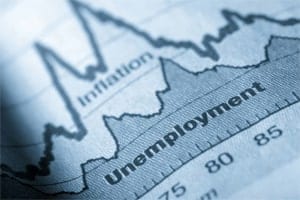 The resilience of neo-liberalism in Europe’s public policy debate is puzzling. One would have thought that new ideas would have flourished following the economic crisis of 2008. Economic policy alternatives certainly exist, whether advocated by social or Christian democracy, Marxism, socialism or nationalism, while many influential voices challenge the need for, say, balanced budgets or deficit cuts.

Yet neo-liberal ideas continue to dominate, as Professor Vivien Schmidt and I have shown. Neo-liberalism advocates competition as well as a strong state, yet one that is limited to a small number of functions, such as the promotion of property rights and competition. There are many reasons for its resilience.

Its core ideas are malleable and can be readily adapted when challenged. They are not scientific theories, but rather general principles that cannot be disproved, and there is often a big gap between the rhetoric and the reality. Cuts in public expenditure and taxes are proposed during every general election, for instance, yet never really happen.

Yet neo-liberal thinking is coherently expressed and easy to communicate, even when not standing up to academic scrutiny. ‘Families must balance their budgets and so should nations’ sounds like basic common sense, yet if everyone stopped spending then demand would drop, investment fall and a depression follow (the ‘paradox of thrift)’.

The power of interested parties – large companies championing privatization or liberalization, or bureaucrats championing stronger regulation – adds to this resilience, while neo-liberal ideas have become institutionalised – as in the Maastricht Treaty – so that changes require the rewriting of complex sets of rules.

Challenging neo-liberal ideation may be difficult yet it should be welcomed. And it can happen. Policies may become unsustainable due to internal conflicts, the gap between rhetoric and reality may become too big or powerful alternatives may emerge. Major players like the IMF can question their approaches, or institutions could even break down.

If a set of ideas dominates debate there is less room for choice and proper debate. Disillusion with politics sets in. The key to democracy is to offer real choice.