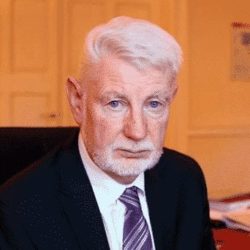 When asked about the impact of the 1789 French Revolution by President Nixon in 1978 the then Chinese Premier, Zhou Enlai, is reported to have replied ‘It’s too early to say’. This answer could apply to a question about the future of Europe today. The Great Integration Project that has dominated policy for sixty years is facing existential crises on many fronts. The influx of refugees threatens to overwhelm the capacity of individual member states and has exposed unprecedented tensions between East and West. The fragile economic recovery is threatened by a global downturn, especially so because it is predicated on net exports. This post-recovery strategy was dealt a severe blow by the revelations affecting the car industry. Greece remains in intensive care.

And yet the clear lesson of the 2008 crisis is that a currency union is not sustainable on its own without a banking, fiscal, and, ultimately, political union. In truth European integration was always the ambition of the elite rather than the masses but for most of its sixty year history it could proceed on the back of a permissive consensus. That is hardly likely to continue given the strains produced by the financial crisis.

The latest manifestation of popular discontent with mainstream politics is the election of Jeremy Corbyn as leader of the British Labour Party. The crucial question this raises from a European perspective is how is this likely to affect the forthcoming referendum on EU membership? Mr Corbyn has long been a critic of Europe from a left wing perspective.

The 2015 General Election in Britain saw the return of a majority Conservative Government and a party most of whom are firm Eurosceptics. So who will make the case for Europe? Last July Mr. Corbyn stated that if Prime Minister David Cameron negotiated away workers’ rights and environmental protection as part of his renegotiation of Britain’s membership of the EU, he would not rule out advocating a British exit in the proposed referendum. However, he appeared to moderate this position somewhat on winning the Leadership of the Labour Party indicating that the party would campaign to stay in Europe regardless of the outcome of the negotiations. But does he really mean it and could he sustain that position given the popular uprising that elected him, if Cameron did secure a deal to water down employment rights? Could Mr. Corbyn sustain a pro-deal position in the event of the Trade Union Congress (TUC) coming out against the deal? One is forced to the conclusion that, without a committed political champion, the European cause is in peril in Britain. If ‘Brexit’ becomes a reality it will pile more pressure on the already floundering European Integration Project. Any one of the crises it faces would be challenging; coming together they pose a real threat to its sustainability.

Public policy in Ireland is firmly of the view that it is vital to Ireland’s interest to keep Britain in the EU. But is this ultimately attainable? Britain may, as it did in 1975, vote to stay in the EU, but the inevitability of deeper Eurozone integration, and an enduring Euroscepticism, will tend towards a centrifugal force constantly pulling Britain and Europe in opposite directions.

Harold Wilson, the Prime Minister at the time of the 1975 Referendum used to boast that he had more Irish people in his Croydon constituency than in the whole of Ireland. In 2013 there were 412,658 Irish born in Britain but the total diaspora is much larger. It is estimated that as many as six million people – about 10% of the population – living in the UK have at least one Irish grandparent. How they will vote is anybody’s guess but, having made their homes in Britain, one can speculate that they will vote for what they consider to be in Britain’s interest.