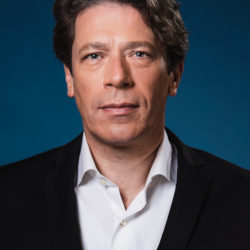 Large digital platforms are making billions of profits, while paying little or no corporate tax. They currently have a whole range of opportunities for tax avoidance, to the benefit of a few shareholders and at the expense of many taxpayers. Our recent estimates show that, in a period of three years, the European Union has forgone around 5 billion euro of tax revenue from Google and Facebook. MEP Paul Tang explains what should be done about this.

The Organisation for Economic Cooperation and Development (OECD) has deemed the challenge of digital taxation to be ‘action 1’ in its coordinated efforts to address shortcomings in the global tax system. However, due to conflicting interests in the EU and the US, worldwide action has stalled. Policymakers and scholars are therefore looking into alternatives. The Belgian economist Paul De Grauwe has put forward a proposal for a 10-dollar tax per user to be paid by Facebook. He arrived at this number by applying a tax of 50% on advertising revenues – assuming that at least half of that income is the result of free personal information – and dividing this by the number of Facebook users. The revenues could be either returned to Facebook users every year or, better still, used to invest in education, the environment or sustainable energy.

Given that Facebook generated more than nine billion dollars in revenue in 2016 in the EU and that there are now 252 million Facebook users, it should rather be a 20-dollar tax per user.

Taxing profits rather than revenue is key

The proposal is a really attractive one but it is not sufficiently ambitious. One reason is that 10 dollars is far from enough. Given that Facebook generated more than nine billion dollars in revenue in 2016 in the EU and that there are now 252 million Facebook users, it should rather be a 20-dollar tax per user. A more fundamental reason is that the ‘De Grauwe tax’ breaks with the principle of taxing profits and resorts instead to taxing revenue. This creates a marked distinction between digital and traditional businesses and could create problems for digital services that are not highly profitable (yet). This may stifle much needed innovation in Europe. Moreover, the United States may see this – with good reason – as a one-sided and aggressive move from the European Union.

The core of the problem is that the current taxation system is national and focused on physical presence whilst tech giants’ operations are international and the tech giants are footloose. Value created by this type of company cannot be captured via the old system and, as a consequence, digital platforms pay very little in the way of taxes. More than any short-term solution like De Grauwe’s proposal or the earlier proposed equalisation tax by France, we need to overhaul the current corporate taxation system to make it fit for the 21st century. Digital activity should be fully included in an international framework so that a physical location is no longer needed for a company to be taxed. The best chance to do this in an EU context is via the ongoing work on a common corporate tax base. As co-rapporteur on a common corporate tax base in the European Parliament, I have included this proposal in my report.
A comprehensive approach is needed to put digital and traditional businesses on an equal footing, ideally, within the same set of corporate tax rules and based on the principle of taxing profits where the value is created. Since the discussion within the OECD has reached a deadlock due to conflicting interests between the US and the EU, the EU must take the lead and embrace the amended proposal for a European consolidated corporate tax base.