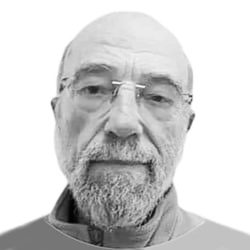 Ireland has had an industrial policy based on low corporate tax. This was first applied only to Multinational Enterprises (MNEs). Later, on the insistence of the EU, it was applied across the board. But MNEs were still able to exploit some tax provisions that enabled them to have significant advantages over indigenous firms. Also, there is a race to the bottom, led by Ireland, that reduced the global tax payments of MNEs, sometimes to zero. Ireland will have to change!

Since independence, industrial policy in Ireland has undergone two main significant changes.  First, in the period after the stock market crash of 1929, along with many other countries, Ireland introduced protectionist policies. High tariffs, quantitative restrictions and prohibitions on foreign ownership of manufacturing were all aimed at forcing the pace of indigenous industrialisation. This had limited success. It was followed in the late 1950s and early 1960s by the second broad transformation in industrial development strategy when free trade began to be introduced and tax incentives offered to foreign owned firms that invested in Ireland.

With a relatively less developed economy and being an early mover in the introduction of low or zero corporate tax for multinationals (MNEs), Irish governments faced little or no international opposition to its strategy.  The only problem for corporate tax following Ireland’s entry into the then European Community was that the tax treatment of foreign enterprises was different from the tax treatment of indigenous enterprises. This was finally resolved under EU rules when, in 1998, instead of 10 per cent for multinationals and much higher rates for indigenous firms, Ireland introduced an across-the-board corporate tax rate of 12.5 per cent.

However, various tax provisions were still available to be exploited by MNEs that were not as readily available to Irish enterprises. MNEs, for example, could switch profits from high to low tax regimes, and particularly where this related to intellectual property this has had a huge impact on the global tax payment of MNEs. In addition, some MNEs (including in particular Apple) have set up subsidiaries that have no declared tax residency. As a result, they have been able to pay no tax at all. The EU Competition Commissioner, Margrethe Vestager, found that Apple had received special treatment from the Irish government and ordered the company to pay some €13 billion. Both Apple and the Irish government have appealed against this ruling on the grounds that Apple behaved in accordance with Irish tax law, exploiting provisions that were available to all companies and that therefore Apple was not in receipt of any special state aid. The consideration of the appeal will take some time and will be significant for the future of corporate tax policy, and not just in Ireland.

The EU Competition Commissioner, Margarethe Vestager, found that Apple had received special treatment from the Irish government and ordered the company to pay some €13 billion.

There has been deep commitment on the part of all Irish governments since the late 1950s to support for foreign investment, and for the utilisation of tax and other means in the pursuit of this policy. The Irish government joining Apple in the appeal against the EU Commission’s decision to force Apple to pay the huge fine is just one example of this commitment. After all, why would any government turn down a sudden gift of €13 billion, more than 20 percent of GNP? Even opposition parties, including those of the left, have continued to support the low tax policies and the encouragement of foreign investment.

Given the likelihood that a tipping point is being reached where EU policy is changing towards a more common approach to corporate tax, where the OECD’s Base Erosion Profit Switching programme is gaining support, and where civil society in Europe (and elsewhere) is incensed by the low effective tax payments by MNEs, Ireland among others may have to become more rigorous in its imposition of taxes on foreign companies. In a May 2019 speech at the Harvard Kennedy School and the Irish Tax Institute, the Minister for Finance, Paschal Donohoe, seemed to acknowledge these immanent changes and declared Ireland in favour of the removal of provisions that enable MNEs to avoid paying any tax. At the same time, he strongly supported the idea of tax competition and declared that Ireland will do all it could to defend its 12.5 per cent corporate tax rate.

Why is there such support for low corporate tax in Ireland? Will the Irish government’s response be enough? The answer to the first question is that all political parties, including the left, have supported MNEs because they have been perceived as providing employment, especially high-skilled jobs. Even nationalists support the low tax, seeing foreign opposition to it as an attack on Irish sovereignty.

Will the Irish government’s response be enough? Continuing to implement an industrial policy based on low corporate tax is unlikely to succeed in the long run. We have shown in some detail in a book for FEPS (Upsetting the Apple Cart) why more attention has to be paid to indigenous enterprise. Without rejecting foreign investment, in the future, Irish governments will have to support green, Irish investment to a much greater extent than in the past. From an EU perspective the answer to the second question remains to be seen. Will the EU agree on a more common approach to tax rates and tax policies, will it reject tax competition, or will it accept the Irish government’s argument that for small, peripheral economies, low tax is a legitimate policy to attract mobile capital?