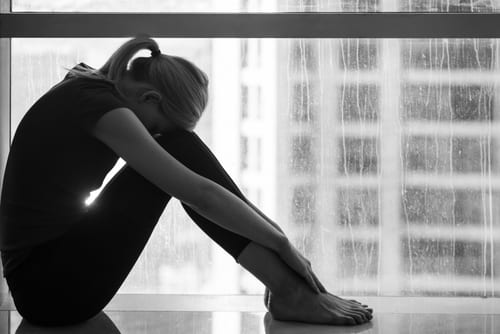 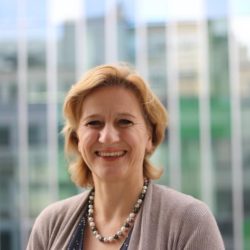 Europeans need to fight two viruses, simultaneously and equally vehemently: the new coronavirus, a biological virus attacking our bodies, and the political virus which is attacking our fundamental rights and our democracies.

The diverging responses to the COVID-19 crisis by the governments of different EU countries powerfully highlight how authoritarianism rhymes with a wilfully blind approach to gender equality concerns such as the protection of sexual and reproductive autonomy and safety. Authoritarian governments around the world are using the coronavirus emergency to consolidate their influence, and Europe unfortunately makes no exception. Populist governments like those in Poland and Hungary have cynically leveraged the pandemic to cement their own power and to gag the opposition. With public demonstrations prohibited, they used this perfect time to silence opposing voices.

“We need to question seriously the underlying reasons that explain why attacks on women’s reproductive autonomy and LGBT+ rights are taking place precisely during the COVID-19 crisis.”

It is telling that after using the crisis as a pretext to grab unlimited and indefinite power by proclaiming a state of emergency, on March 31, the Hungarian government namely submitted a bill to parliament that, would make it impossible for transgender people to legally change their gender. The law was adopted on May 19th. Similarly, on April 15th, after continuous past attempts to push for abusive legislation curtailing women’s reproductive autonomy, institutionalising hate against LGBT+ people and criminalising people with HIV in Poland, two bills were discussed in the parliament on the very same day the ruling Law and Justice Party sought a constitutional change to extend the president’s term: one to ban abortion care and another one that exposes “people who promote underage sex” to prison terms up to three years. This is part of a move to ban sex education by labelling those who teach it as paedophiles and LGBT+ activists. Even though in the Polish case civic resistance, digital and offline, temporarily pushed off the bills, we need to question seriously the underlying reasons that explain why such attacks on highly vulnerable group are taking place precisely during the COVID-19 crisis. These attacks on women’s reproductive autonomy and LGBT+ rights are part of a bigger strategy far more complex and dangerous than a simple gender backlash.

Gender roles are a key ingredient in the national identity rhetoric reinvented and promoted by populist and right-wing ideologies. The fight against gender and women’s rights is promoted by populist and right-wing ideologies, which not only run against gender equality and women’s rights but also against the European Union’s most fundamental principles, putting European values and our democratic rule of law-based political and social order at risk.

On April 29th, EC Vice President Vera Jurova, announcing the infringement procedure against Poland over the judicial reform, stated that the “virus can not kill democracy”. But attacks on democracy in authoritarian states are not limited to elections and judges, they also target the health, safety and lives of women and minorities. This must not go unrecognised and unchallenged. This wider strategy threatens to dismantle democracy in Europe and spills far beyond these two countries.

While these outright political attacks on women and minority groups grab the headlines, in many other EU countries, COVID-19 is also exacerbating an already ongoing silent erosion of sexual and reproductive rights such as the persisting refusal to provide abortion care by medical professionals on grounds of conscience becoming a serious barrier due to the lack of adequate regulation or the many cases of violence and abuse during maternal health procedures in complete denial of human dignity. According to a recent survey by IPPF EN, 94% of family planning centres reported a decrease in the number and frequency of services and outreach activities since the outbreak of COVID-19 and 78% of clinics and community care points have been closed.

“A global supply chain crisis threatens; shortages of contraceptives, condoms, anti-retroviral drugs, and other necessary supplies for sexual and reproductive health are forecast.”

Even the countries that have taken positive measures to ensure that women’s needs are met during the current crisis have done so under pressure from strong social movements. France has extended access to medical abortion, contraception, and protection from gender-based violence, while the UK and Ireland have expanded telemedicine and authorised medical abortion at home.

But in many other countries, such as Germany, Italy, Romania, Austria, Slovakia and Lithuania, pre-existing barriers have greatly increased. Due to overwhelmed healthcare and restrictions to the freedom of movement, women are experiencing increased difficulties in accessing contraceptive care, detection and treatment of sexually transmitted infections and screening for reproductive cancers has been halted. Childbirth experiences are being disrupted. Many care-providers have had to close facilities or reduce staff or services. A global supply chain crisis threatens; shortages of contraceptives, condoms, anti-retroviral drugs, and other necessary supplies for sexual and reproductive health are forecast. Many authorities, including amongst the more progressive, have thereby failed to acknowledge access these services as ‘essential services’. In Portugal, planned parenthood organisations namely reported that they are no longer permitted to offer screening services by the Ministry of Health due to lack of personal protective equipment. Despite the life and health-preserving nature of sexual and reproductive healthcare, it has suffered restrictions in most countries, like in Slovakia, where even hospitals have stopped performing abortions.

The sad relationship between fundamental rights for women and weak democratic societies shows its ugly face under COVID-19. Access to sexual and reproductive rights is the litmus test of gender equality in the EU.

That is why we call on the EU to support Member States in their efforts to maintain the provision of these essential services, through funding and sharing of best practices. Any EU action aiming to support the strengthening of health systems or promote public health must include sexual and reproductive health, as an integral part of health. Women’s rights groups, shelters for survivors of domestic violence, and organisations working for sexual and reproductive health and rights, play a key role in realising human rights and protecting the health and safety of those who are most in need. Sufficient, flexible, and continued financial support from the EU and its Member States to civil society remains essential.

“Too few governments stand up for women and minorities.”

Moreover, when designing its Recovery Plan and a revised proposal for the Multiannual Financial Framework, the EU must continue to prioritise funding allocated to gender equality, women’s rights including sexual and reproductive health and rights (SRHR), human rights, and support to civil society organisations to address the disproportionate impact this crisis will have on women and vulnerable groups. The EU, as the biggest development aid donor, also needs to continue prioritising global solidarity, including the strengthening of health systems and universal access to SRHR as part of a Universal Health Coverage.

Progressive Europeans should be aware that these worrying developments in the field of sexual and reproductive health and rights constitute a fundamental threat to our common interest. Too few governments stand up for women and minorities and take the essential measures necessary to protect them, their health, and their rights. In these unprecedented times, it is progressive EU leaders’ role to do everything in their power to protect people’s health and lives, to respect women’s rights and dignity, and to work towards a more equal, just, and safe Europe for all.

Find more info on the impact of COVID-19 on women, girls and vulnerable groups and their sexual and reproductive safety here.