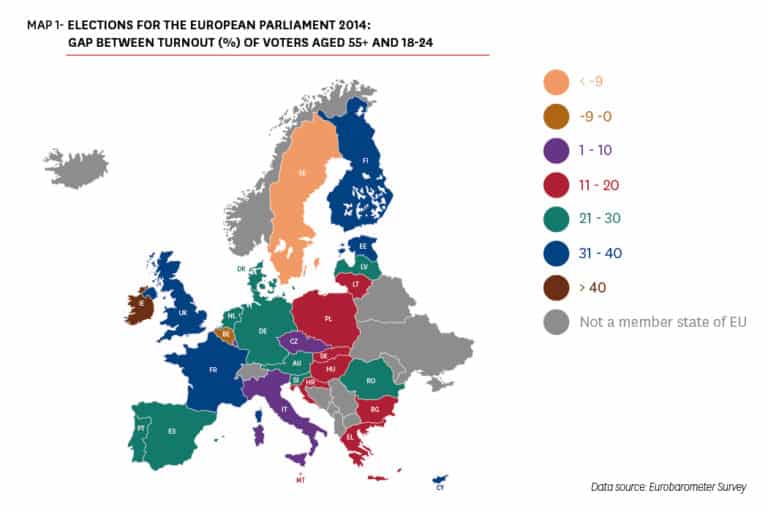 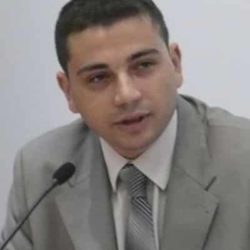 by Doru Frantescu
Director at VoteWatch

Data from the last European elections shows a sharp decrease in the turnout of young people voting. Even more worryingly, the gap between the participation of the oldest generation and the youngest one is widening. While an opposite trend can be observed in some of the Member States such as Sweden, Italy and Greece, the overall issue of youth participation in EU elections should be addressed.

Polls show that a majority of the youth trust EU institutions. On the other hand, the low level of interest of young people for the European elections only creates a new paradox of old habits. As little as 27.8% of the youngest generation (18-24 years old) voted for their MEPs in 2014. Moreover, the large gap between the participation of the youngest and the oldest age groups is striking, to say the least – a valid source of concern for the European institutions. In fact, as young people hold more positive attitudes towards the EU than older generations, their absence at the polling stations actually rewards parties that are more critical of EU integration.

Next door, a high level of dissatisfaction of young people is also observed in the United Kingdom…

Some examples can shed light on this difference. The first map shows that, in Ireland, there was a gap of 55 percentage points between the turnout of the youth (18-24 year-olds) and older generation (55+) in 2014. Next door, a high level of dissatisfaction of young people is also observed in the United Kingdom, as less than 20% of young people exercised their right to vote over the last European elections. On the other hand, over 50 percent of the elderly went to the British polling stations. When it comes to the national elections, however, this gap is much lower, as in the case in Ireland, where more than 75% of Irish youth voted.

This pattern holds for almost every European country, with the notable exception of Sweden, and, of course, those countries where voting is mandatory: Luxembourg and Belgium. In fact, in the last European elections, many more young Swedes showed up in comparison to their older counterparts (a positive difference of 17%). Furthermore, millennials were the most participative age group. Such a difference is even more striking when the figure is compared to the estimates of participation by age for the national elections. In the same year, 2014, fewer young Swedes (81.3%) voted in the national elections than the national average (85.8%). This difference might partially account for the different electoral results of Swedish political parties in European and national elections, as smaller left-wing parties (such as the Feminist Initiative) performed better at the European elections than at the national ones.

If one compares the results of the European elections of 2014 to 2009, paradox strikes again. Not only was there an overall sharp decrease in youth electoral participation, but a further widening of the generational gap. As is shown by the second map, there is an overall increase in the gap between the older and the younger age group, although in the case of Sweden its direction is reversed, with the younger demographic now participating more than the elderly.

The case of Sweden is not isolated. It rather stands as the start of a pattern which can be also seen in countries struck by austerity, such as Greece and Italy, where more young voters participated in the European elections, while the level of abstention increased among the older generation. Italy is one of the most prominent cases of a reduction in the participation gap between the two generations.

The crisis of the Eurozone and the heated debates on austerity measures show just how deeply the decisions taken at the EU level affect the daily lives of its citizens.

This trend does not hold in the case of Cyprus and Portugal, where youth participation fell dramatically in 2014. Specific factors related to the different political systems in these countries account for this difference, such as the absence of strong left wing anti-establishment parties, able to capitalise on the disaffection of young voters towards austerity policies.

The crisis of the Eurozone and the heated debates on austerity measures show just how deeply the decisions taken at the EU level affect the daily lives of its citizens. This is arguably what could have spurred the desire of young Spanish and Italians to change. After all, young people are the most affected by the rise in the unemployment level in Southern Europe. Time will tell if these patterns will last. One thing is certain: the Union needs its youth back – its opinions, ideas and energy, in order to stay strong.

In partnership with VoteWatch Europe.