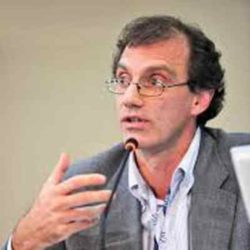 In recent years, particularly since the 2015 crisis, European political, media and public discussion has focused on the migration issue at the borders of the Union. Not least on the borders with Belarus. The divisions between member countries and the instrumentalisation of the debate for the purpose of consensus for power has increased social polarisation and pushed towards a securitarian drift, to the detriment of the founding values of the Union.

The Commission has presented the New Pact on Migration and Asylum, which is being carried forward ‘in pieces’, where there is more consensus among governments, while some parts of it, such as the one on the reform of the Dublin regulation, remain stalled. Let us remember that the Union’s competence on migration governance is limited. Among the pieces brought forward is the ‘action plan on integration and inclusion’ for 2021-2027, presented in November 2020. This plan follows the 2011 and 2016 plans on the integration of third-country nationals. It is the result of an extensive consultation with various stakeholders: local and regional authorities, social and economic partners, employers, civil society organisations, foundations, international organisations, migrants and refugees; as well as with the governments of the member states.

Looking at the action plan, some important positive political elements can be noted, while some issues need to be addressed to overcome the current contradictions and inconsistencies.

First of all, the plan makes a clear reference to the founding principles of the Union, insisting several times on ‘social cohesion’, the positive contribution of migrants, and the democratic participation of both newcomers and people with a migrant background. On the need to support a process of mutual integration between natives and migrants, a ‘two-way’ process to counteract polarisation is proposed. The European plan against racism can also be mentioned in this respect. Social cohesion is nourished by mutual knowledge and interactions in spaces of daily life, which must also be achieved through participation in decision-making processes.

Following on from the previous plans, the new one proposes an integrated, medium- to long-term vision of integration, not an emergency and short-lived one. A staged approach is envisaged, with investment throughout the integration process in order to promote universal access to public services and to avoid separating migrants from other vulnerable social groups.

Equally important is the multi-level governance, territorial and multi-stakeholder approach. The plan recognises the fundamental role of the local level. Integration takes place concretely in neighbourhoods, cities and rural areas. Local authorities and local communities, civil society organisations, trade unions and entrepreneurs are the real actors in the integration of migrants. The Commission and national governments are therefore called upon to create partnerships with these actors for the best implementation of political measures for social inclusion.

The plan indicates a number of concrete actions to be implemented in some priority areas of integration, clarifying the role of the Commission in relation to that of national governments and different actors, in the field of education, employment, health, and housing. It also points to the various funding opportunities at EU level, including to particular specialised funding instruments to support national integration policies: the Asylum, Migration and Integration Fund (AMIF) and the European Social Fund (ESF+).

Among the elements of innovation for social cohesion, attention is paid to the role of new digital technologies. These technologies can both promote social cohesion and create new inequalities in access to basic public services, as well as exploitation and precariousness in the labour market. This is why migrants, along with other social groups, need important digital literacy measures along with the improvement of their language skills.

Finally, the plan provides for evidence-based monitoring, leading to a mid-term review to be conducted in 2024.

In spite of these positive political elements, some issues emerge.

The most relevant political issue is the skewed, asymmetrical, disordered relationship of the integration plan with the current political debate focused on the management of migration flows at the borders of the Union. The plan supports the founding principles of the Union while the screening and reception measures at the borders create situations of disrespect for human rights and asylum. The new migration and asylum plan is contradictory with regard to EU principles: on the one hand it promotes them with the integration plan supporting the positive contribution of migrants, and on the other hand it repudiates them with border control and containment of migrants in neighbouring and distant countries, feeding the narrative of threat and invasion. There is a lack of policy coherence.

The pieces of the new plan on migration and asylum do not fit together and are not integrated. In fact, the only linking element of the integration plan with the policy of migration governance is when it refers to pre-departure measures in countries of origin to prepare migrants for inclusion in European societies and economies, and to resettlement and community sponsorship that allow the entry of refugees. But there is nothing on the relationship between reception and integration.

There are also some more technical issues, the non-resolution of which can undermine integration policy. The actions in the plan indicate the results to be achieved, but in a general and generic way. A truly evidence-based approach with specific targets to be achieved would be useful (as, for example, with the 2030 Agenda for Sustainable Development). Another technical issue is the problem of integration between the different funds because the procedures and timescales are different. The plan calls for greater coordination between managing authorities, but perhaps a better alignment between funds is needed by harmonising regulations.

Finally, another relevant political issue is that, while on the one hand the plan acknowledges that migrants’ integration difficulties are due to an intersection of inequalities, discrimination, and segregation, which involve many social categories, on the other hand it does not go into the economic, social and political structures that determine them. The empowerment of actors is fundamental if it is able to change unequal and exclusionary models, structural barriers, and for this reason active participation in decision-making processes is very important. On the other hand, the political debate and the Commission’s proposals could try to have a greater impact on the regulation of market structures. One can for example refer to the introduction of social conditionality in the common agricultural policy, which can counter the phenomenon of ‘caporalato’ [editor’s note: an illegal form of recruitment of workforce, particularly used in agriculture and based on the ‘services’ of intermediaries hiring people on a daily basis and against the payment of bribes], which exploits many immigrants in the countryside, but also in personal services.

In conclusion, the integration plan is a positive tool, on which to invest political attention and from which to draw new narratives of positive social inclusion. However, it is necessary to deepen and improve the coherence of policies both with regard to the overall framework of the new pact on migration and asylum and with regard to the structural conditions of inequalities and discrimination.

Related articles:
Exploited and marginalised: obstacles to integration and inclusion for migrant workers in care and agriculture, by Gerry Mitchell and Liran Morav